After seven weeks of fighting their way to the top four, Ru, Michelle, Carson and Ross had one final gag for the season … and handing it over to a jury of our queers to decide who would get a chance to lip sync for their crown. And while BeBe couldn’t be genuine enough to snag a slot and the queens, well, I have no idea why they did what they did by eliminating Shangela, pageant girl Kennedy knew how to manage a crowd.

Kennedy proved that she had done a good job forming relationships with the queens, with the jury thrilled to see her file to kiki after BeBe. Aja asked her how she could take her classic drag style into the future and represent the Hall of Fame, which she felt she was already doing after her journey on season 7.

Chi Chi then almost broke down about how proud she was of her surrogate drag mother. Kennedy felt that since BeBe already won, and Trixie and Shangela were already dominating the world, this was her one chance to shine. And based off the beaming smile from DeLa and the round of applause from Milk, Morgan and Thorgy, it was clear that the eliminated queens were won over.

Every single damn one except Thorgy, with Kennedy getting the most votes to continue in the competition.

With BeBe and Shangela out of the way and banished to the back of the stage, the season 7 queens got to work lip syncing to my girl Miley’s Wrecking Ball which I forgot was a balad. Somehow.

While Kennedy pulled out all the stops and was flipping and kicking her way across the stage, it was no match for Trixie who hit every lyric and made sure the judges knew it. With that out of the way, Ru crowned Trixie and Kennedy finished in second place.

Yes, she Roxxxy-ed her way into the final, and yes, the queens seemed to vote for her because she needed the title … but that doesn’t take away from the fact Kennedy is a killer queen and doesn’t always get the recognition she deserves. And I remembered that as she walked into the ashes of the Werk Room – remember I burnt it down as Shangie’s boot – we hugged it out, and split a Kennedy Davenport Wine Jelly worthy of a runner up. 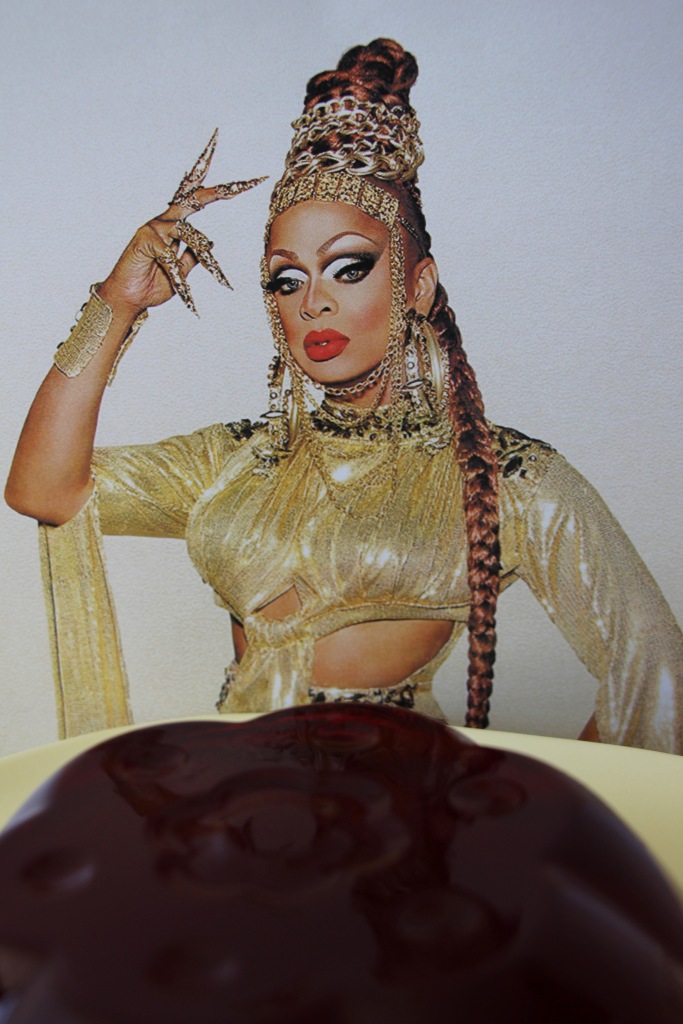 Now I like Aeroplane Jelly as much as the next man, or their jingle, but this is the only port wine jelly you want. A little tart, a little sweet and most importantly, packing a boozy punch … it makes everything ok.

Strain into a mould and refrigerate overnight, or until set.

It is the second last day of the 12 Days of Chrismukkah celebrations / our second last recipe of the year – can you believe it?

Instead of lamenting how sad you’re going to be during our annual Christmas break, be thankful that I was able to make time for my dear friend Autumn Reeser.

Full disclosure I absolutely hated Autumn when we first met on the set of season three where she started out as its nuisance but like her character, she wore me down and we’ve been the best of friends ever since, landing he roles in Entourage, Sully and a guest role reunion with Rach on the underrated Hart of Dixie.

I haven’t seen Autumn since the Sully premiere – I was attending as Tom’s date, so was sadly to busy to really reconnect. Thankfully she was free for a pre-holiday catch-up and to strategise her next careers steps and have a little girl talk.

Now I know I said the duck was delicious, it can also be made better with the inclusion of some gravy.  And thankfully Autumn has odd tastes and was completely cool to just sit down and gab over a nice jug of Portumn Reeser Gravy. 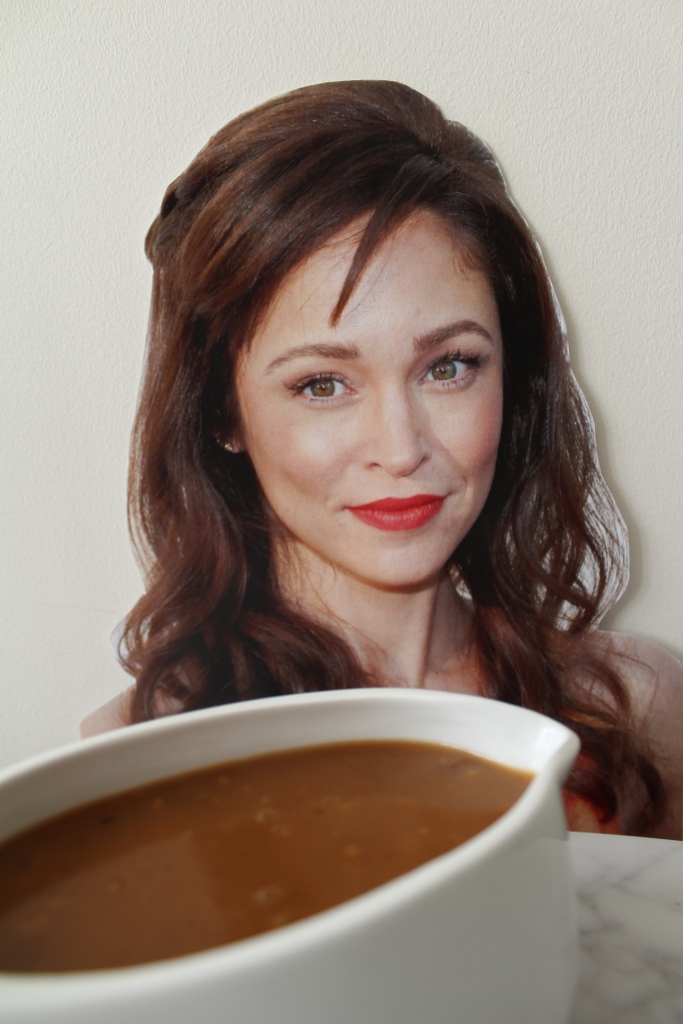 In retrospect, this would have made more sense to post with yesterday’s recipe … but what are you gonna do, amirite? As a stand alone, this robust gravy is delicious – fruity, rich and full of flavour – but with a freshly roasted duck, it truly sings. 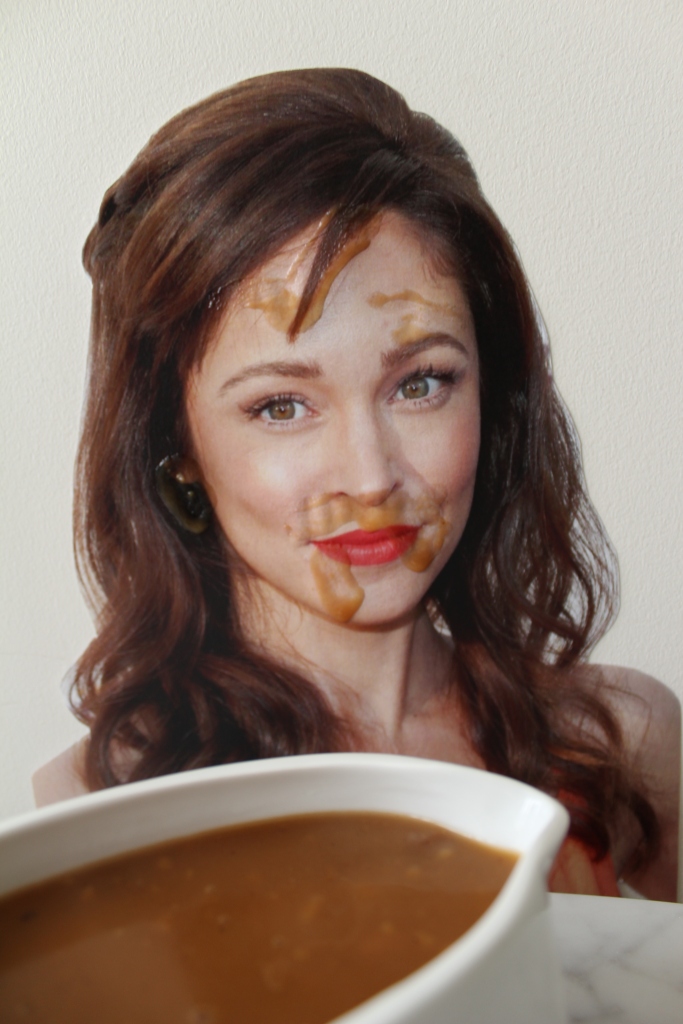 Method
Transfer the duck fat to a saucepan (and decant the extract to a mug for tomorrow’s recipe) over medium heat – which shouldn’t take long, given you just decanted some from the oven – and add the flour and cook for a minute or so.

Slowly pour in the stock and port, whisking as you go, until it is all smooth. Add the charred veggies and bring the gravy to the boil, reduce the heat and simmer for half an hour, or until thickened.

Strain the gravy through a sieve, pushing out every last drop of flavour. Devour on some duck … or in a jug, no judgement.