After what feels like a marathon finish to an epic year – kicking off with the supreme Diana Ross, experiencing the highest of highs honouring the 10th anniversary of Because I Said So, and the lowest of lows witnessing queen Sandra Diaz-Twine’s torch being snuffed for the first time, learning that Nicaragua can be pronounced Knee-Coo-Arrr-Ohhh-Goo-A, seeing the glorious buns of Locky Gilbert on the killer second/fourth season of Australian Survivor, the glorious crowning of Sasha Velour, catching Milk post-All Stars 3 filming and a breathtaking end to the oddly titled Heroes v. Healers v. Hustlers – we’ve finally hit day 12 of the 12 Days of Festivus.

It should come as absolutely zero surprise what with the process of elimination and the fact the show is named after him, that we’re rounding out our Fete de Festivus with a date with my dear friend slash protege, Jerry Seinfeld. What – you didn’t know I taught him everything he knows?

He first caught my eye during his appearances on Benson and I took him under my wing, guiding his career from Johnny Carson, to Letterman and eventually introduced him to Larry David. The rest, as they say, is history.

Given how busy Seiny has been with his Netflix deal, we haven’t seen much of each other lately so it was such a treat to pop on our puffy shirts and ring in Christmas – by way of Festivus, of course – with a big fat Cherry Seinfeld Cheesecake.

Tart and sweet, creamy, rich and packed full of spice, this cheesecake is festive perfection. And super simple, which is perfect if you want to focus on your drinking. And who doesn’t?

Oh, and from our crazy family to yours, Merry Christmas! We’re taking a short break and will be back in the new year … or maybe a bit before. Dun dun DUUUUNNNN! 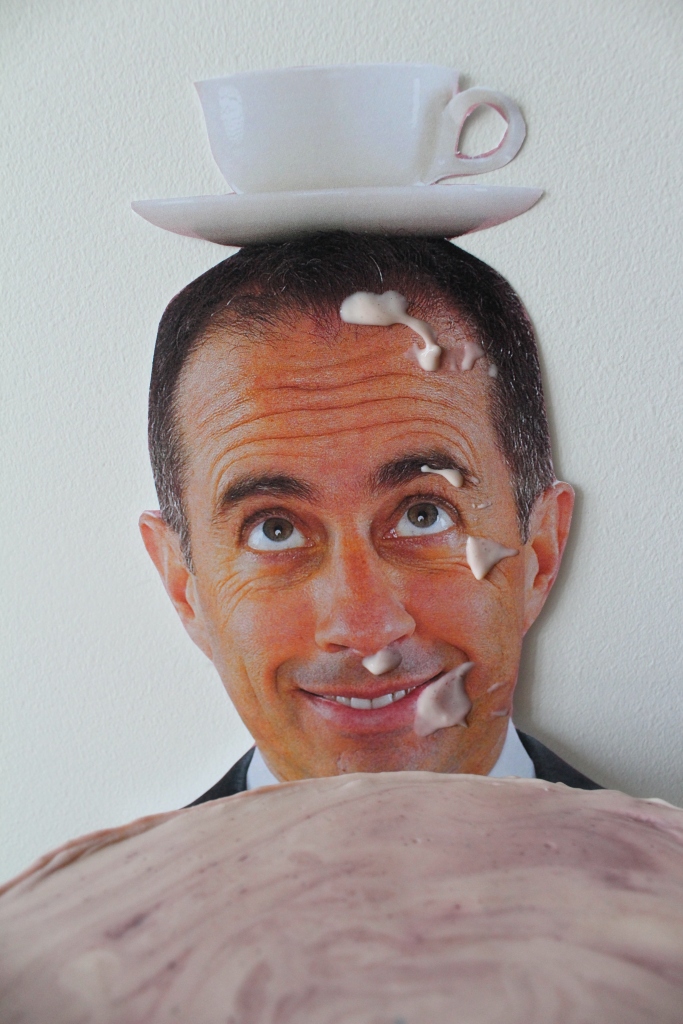 Method
Place the cherries, muscovado sugar, cinnamon and mixed spice in a small saucepan over medium heat and cook for about fifteen minutes, or until it beautifully scented and reduced. Transfer to a heatproof bowl and place in the fridge to cool.

Combine the biscuit crumbs and melted butter, and press into the base of a 20cm springform pan and refrigerate while you make the filling.

Beat the cream cheese in an electric mixer until smooth. Reduce speed to low and add in the sugar, cream and gelatine until smooth and combined.

Fold through the chilled cherries, and pour the mixture into the chilling pan and return to the fridge for a few hours to set.

Remove from the fridge half an hour before serving and devour. 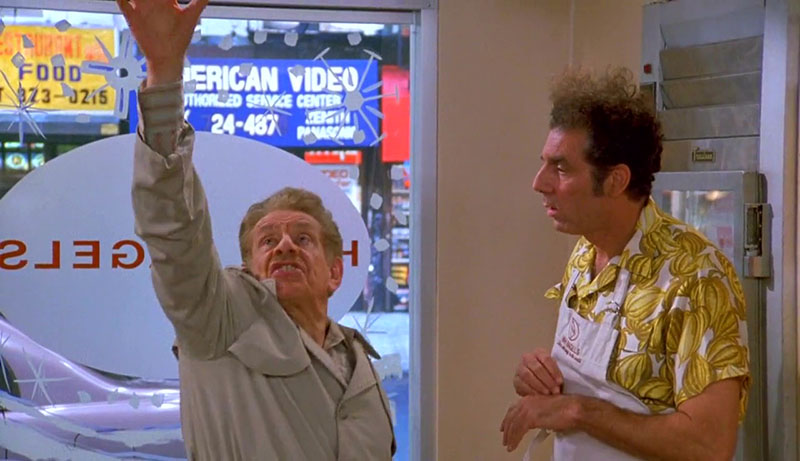 Get out your longest, hardest pole and prepare to air some grievances because Festivus is almost here!

Yes, that’s right – after surviving Christmas in 2014, checking in with the Kardashians in 2015 and celebrating everything hybrid with Chrismukkah last year, we’ve decided to mark this year’s festive season by celebrating nothing.

Join us tomorrow as we kick off our countdown to Christmas with the stars of the greatest show of all time Seinfeld.

Welcome to the 12 days of Festivus, for the rest of us.