Well, well, well, just went you thought I was down and out – was I ever in, though? – Ru pulls me back into the world of fame, food, fortune and glamour. And into the orbit of one of my first loves, Rhys.

While I am mixing things up in the pursuit of trying to avoid angering the internet and posting our ru-caps on a one week delay, I had to mark the exciting occasion of Ru and Michelle judging our collective maps of Tassie with a little date with Rhys.

We met in Sydney in 2009, he had just relocated and ready to take on the comedy world while I was being chased out of town by a modern version of a mob with pitchforks. You see, I had just tried to make my drag debut in THE frill-necked lizard costume from Priscilla and was clocked at The Beresford. Because if nothing else, us gays can sleuth.

In any event, I saw Rhys when running down Oxford Street and was immediately taken. Like that, I slid into an alley, did a cheeky quick change and went and swept him off my feet.

It was a beautiful, torrid spring fling which ended horribly three months later as I was finally arrested for my frilled-neck crimes as he looked on in absolute horror. While the relationship ended, we maintained a lovely friendship as he wrote to me in priz, updating me on his blossoming relationship with Kyran.

As is oft the case, there was a brief period of turmoil when I arrived on the Down Under set and realised that Ru and Michelle opted for a younger, prettier model to join them on the judges panel but I was glad to be able to repair the friendship after returning to Oz and share in the premiere with him.

But you know, we’ve got a new spoiler policy in place, you won’t be hearing anything about that until next week. In the meantime, may I suggest getting a big, fat Rhys Nicholsonoran Hot Dog in your mouth.

There was no more fitting way to return to this little venture than by splitting a soft, pillowy bun with a big fat sausage, slathering it in a creamy, zesty sauce and adding a little bit of spice. And avocado.

Ingredients
8 sausages, basic Aussie preferred
16 rashers streaky bacon
8 hot dog rolls, subs or Hulk Hoagies would work in a pinch too because let’s be honest, I couldn’t find bolillos
¼ cup Shayonnaise Swain, or any old mayo you have laying around. But you know, in date
small handful of coriander, finely chopped, plus extra to garnish
1 tbsp sriracha, plus extra to top
1 lime, zested and juiced
salt and pepper, to taste
2 tomatoes, cored and diced
½ red onion, finely diced
400g can refried beans, warmed
2 avocados, diced
pickled jalapenos, to serve

Method
Preheat the oven to 180C.

Tightly wrap each sausage with two rashers of bacon and place, seam side/s down, on a lined baking sheet. Transfer to the oven and bake for 20 minutes, or until golden, crisp and cooked through.

While you’re getting your sausage fest nice and hot, combine the mayo, coriander, hot sauce and zest and juice of one of the limes with a good whack of salt and pepper.

In another bowl, combine the tomato, onion and zest and juice of the remaining lime with a pinch of salt, stir well and allow the citrus to take some of the sharpness form the onion.

To assemble, split the buns, schmear with some refried beans, top with the meaty sausage, drizzle with spicy, herbaceous mayo, some quick-pickled tomato and onion, avo and coriander and some hot sauce. Assuming you’re not one of the people that genetically tastes soap in place of coriander.

After thirty-nine days on the islands of Fiji, in the shadow of the mythical Ghost Island Wendell did what Gonzalez, Jacob, Morgan, Brendan, Stephanie, James, Bradley and his teeny mouth, Chris and his ego, Libby, Des, Jenna, zaddy Michael – oh yeah, we’re doing this – Chelsea, Kellyn, Sebastian, Donathan, Angela, Laurel and Domenick couldn’t, taking out the title of Sole Survivor.

In no small part, I would argue, by giving Laurel Erik’s immunity necklace and reversing the biggest curse in survivor history.

But I digress. Wendell played a solid game from day one, quickly forming alliances and bonds, building a pimped out shelter, rocking challenges and his jocks.

As an aside – could you imagine a season featuring Brad Culpepper and Wendell with Wen building the best shelter ever made full of cool island furniture, while Brad decorates it with upcycled leftovers from maroonings and challenges? Swoon.

Despite Domenick playing the showy part of the duo, Wendell held my heart from day one and I couldn’t be happier than to see him win. Particularly since it finished the season with a glorious serve of Hawaiiandell Holland Hot Dogs. 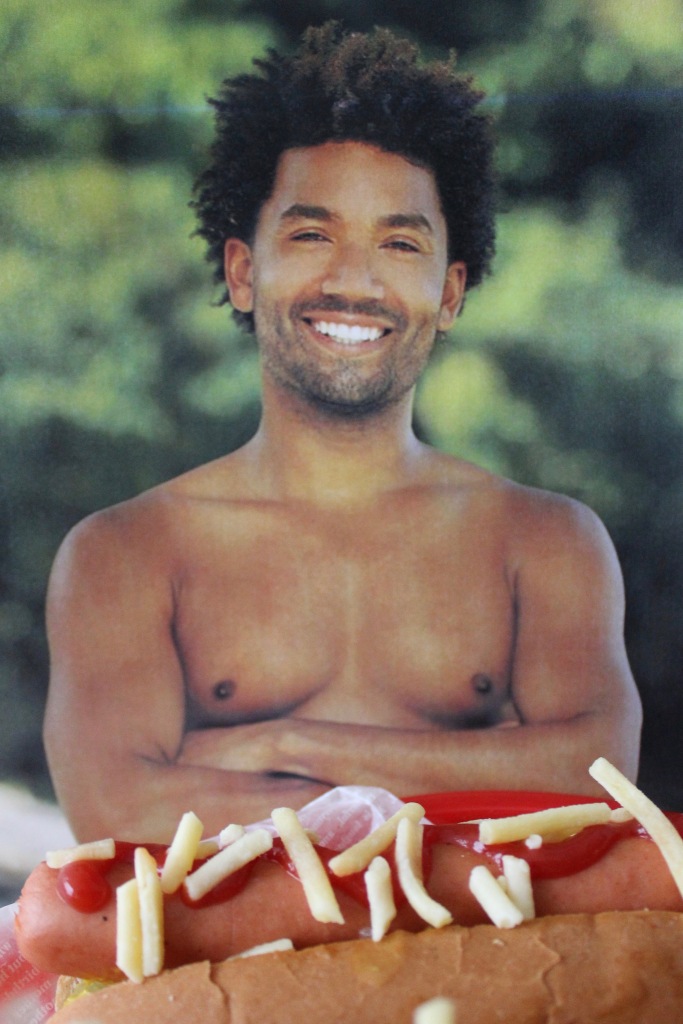 While I generally consider hot dogs a shame food and don’t like to admit smashing them like I’m in an eating competition, these are freaking delicious. Salty bacon, sweet onions, tart pineapple and a big fat sausage … where was I? 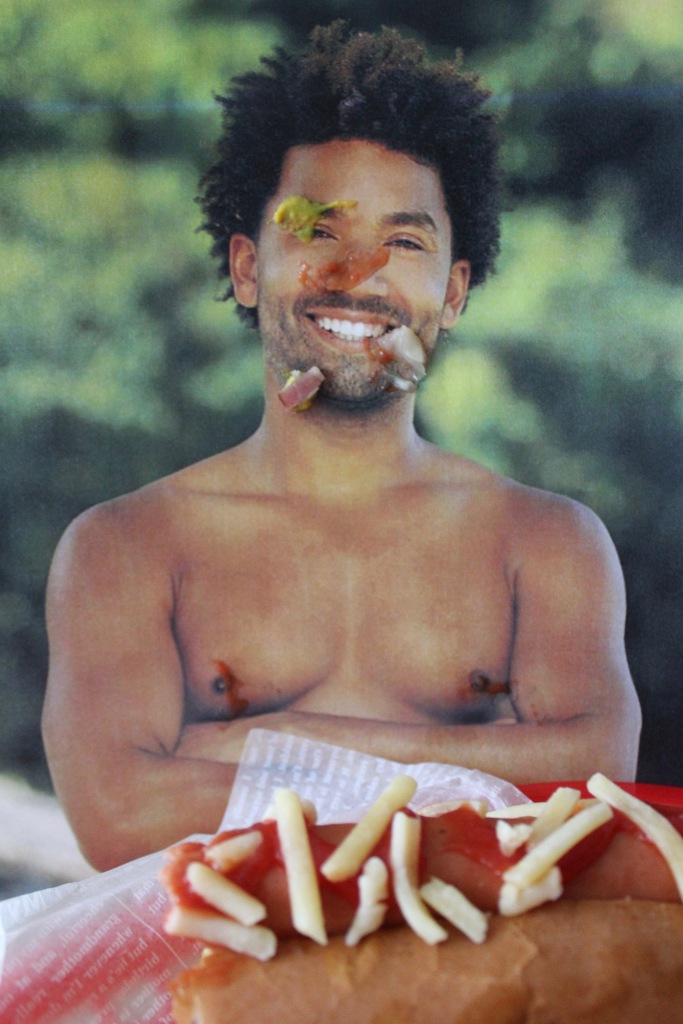 Bring a pot of water to the boil over high heat. Once furiously boiling, add the frankfurts and cook until they float to the surface.

Slice the buns, douse in your favourite condiments, add some cheese, top with a sausage and wrap your lips around it … to devour, sickos.